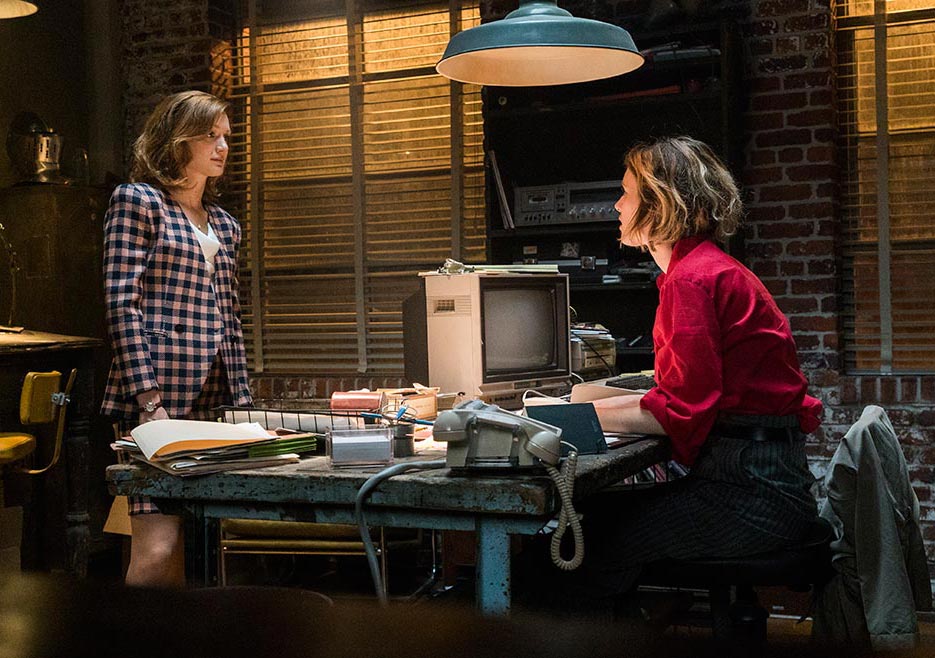 After an uneven and underwhelming first season, Halt and Catch Fire reinvented itself in its second year by making one simple change: it moved its female characters into the foreground. Hardware engineer Donna Clark and coding prodigy Cameron Howe teamed up to launch an online gaming company called Mutiny, and suddenly everything that had been lacking in the show’s first outing–consistent energy, strong emotional hooks, and a unique narrative–was realized by their partnership. Halt and Catch Fire became must-watch television, and it did so by moving women’s stories to the center.

From the beginning, Halt presented itself as a show about industry outsiders, people who had to fight through fierce professional competition in order to be taken seriously. But Joe and Gordon, whose working relationship was the focus of season one, weren’t exactly facing any systemic barriers to success. They were both white men who had already been given every opportunity to prove themselves in their field, and there was little doubt that they could simply move on to a new project if their latest was unsuccessful. Cameron and Donna, on the other hand, were fighting an uphill battle against both the casual sexism of the business world and the particular misogyny of gamer culture. They persevered in spite of clear efforts to belittle and ostracize them, demonstrating that women not only belonged in tech and gaming but were also hugely instrumental in the development of those industries.

Even beyond the importance of representing women in STEM fields, Donna and Cameron’s relationship is a masterful example of how to write complex female dynamics without relying on tired, sexist tropes. Conflict between these two characters has nothing to do with romantic competition or stereotypical cattiness, but is rooted instead in differences of personality, maturity, and leadership style. As friends, partners, one-time housemates, and temporary competitors, Cameron and Donna’s storyline offers one of the most complete and multifaceted portraits of female partnership I have ever seen on television.

What makes their dynamic so compelling is that the qualities they admire in one another–the complementary differences that make them such ideal partners–are the same ones that create tension between them. Cameron is a recent college dropout whose audacity and stubbornness make her both a forceful entrepreneur and a brilliant creative mind, but her tempestuous moods are often difficult for other people to handle. Her inability to compromise causes a number of her projects to stall, and much of Cam’s journey throughout the series is about learning to corral the tendencies that so frequently turn her into her own worst enemy. Donna is ten years or so older than Cameron and has fought far longer to be taken seriously in a multitude of roles: engineer, project manager, spouse, and parent. She wants to be respected as a leader, but she doesn’t want to act or be treated like the wet blanket wife or the buzzkill mother. She’s tired of having to shrink herself in order to accommodate others.

The difference in their respective personalities is the main source of conflict between them, but it’s also why they’re uniquely suited to support one another. Despite their differences, Donna and Cameron share an obvious personal connection–one that’s bolstered by a deep and abiding mutual admiration. There’s a beautiful scene in which Donna, despite not being on speaking terms with Cameron at the time, manages to solve a puzzle in one of her video games that no other players had been able to decipher. It sounds like a tiny slip of a moment, but it demonstrates the creative and intellectual connection that the two of them share. No one understands Cameron’s mind as intimately as Donna does, and vice versa. What the two of them ultimately give to one another is the gift of feeling known; of being seen in their entirety, and appreciated both in spite and in light of their struggles. 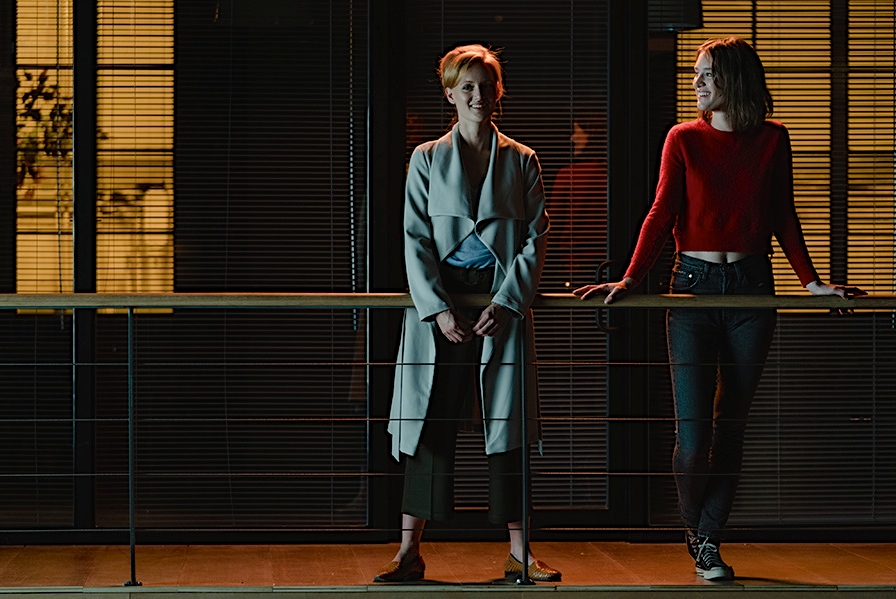 Cameron and Donna both come to realize what a rarity it is for women in their field to maintain this kind of partnership; it is similarly rare to find a female relationship represented onscreen with this level of depth and narrative importance. But these two characters prove that Prestige TV–which has long been lorded over by the likes of Tony Soprano, Don Draper, Walter White, and Halt and Catch Fire’s own Joe MacMillan–can be just as compellingly written around female protagonists without sacrificing an ounce of nuance or dramatic complexity.  I hope that whatever successor show AMC chooses to develop is likewise committed to narratives that center and champion women–ideally women of color, who, it must be noted, were disappointingly excluded for most of Halt‘s run. But I’ll always be grateful for Donna and Cameron, whose individual and shared journeys were among the most personally satisfying and meaningful I’ve ever witnessed.

(Now if you’ll excuse me, I’m off to re-watch all of my favorite Donna/Cameron scenes on youtube in all their emotional glory. And if you haven’t seen this show yet, seriously– what are you waiting for?)

3 thoughts on “In Praise of Donna and Cameron, Halt and Catch Fire’s Most Compelling Duo”

This site uses Akismet to reduce spam. Learn how your comment data is processed.